My mental issues started when I was 22 after backpacking for a few years.

I had smoked too much marijuana and taken cocaine a few times which I did not tolerate very well. I ended up in a full-blown psychosis and was only lucky to get back home to Norway safe again.

From that time on, during the ages of 22 to 29, I had to use an antipsychotic medication as a way of keeping healthy and not struggle more with psychosis.

For several of those years, I struggled with going back to cocaine and marijuana a little bit while traveling. I had also gotten used to drinking and partying a lot and was addicted to nicotine.

I had started to fear that I was not as sharp mentally as I used to be, something my girlfriend at the time noticed too. I was under the impression that it would be a terrible thing if I was dependent on taking antipsychotics for the rest of my life, as the doctors had told me I would possibly have to do, so when I learned about Hardy Nutritionals and how micronutrients had helped many people who struggled with bipolar and similar mental illnesses, I was all ears and delved deep into learning all about them.

I eventually started on micronutrients in August 2016 and got a lot of help from Hardy's Product Specialists while I tapered off of my two bipolar medications.

I did know that there was a certain chance I would get sick again with psychosis when going 100% off of the medications, and relying only on DEN for support, but I had decided to take that chance as the literature seemed to point towards there being at least a 50% success rate for people going off of meds and using DEN who have similar diagnoses to mine.

After about a month or so I started feeling quite fragile mentally, a bit emotionally fragile, from reducing medications while taking DEN.

By December 2016 I had lost possibly around 25 kg weight or so, for some reason my stomach did not function optimally.

By February 2017 I was starting to get a psychosis again as I had been without medications at that point for two months or so, and for me, it seemed like I needed some level of antipsychotic.

By March 2017 I was able to get myself into a mental hospital, which helped take away the stress from my parents as I had stayed with them a little during this tough period, and in this facility, I could relax more or less and start slowly back up on Risperidone again that I had come to realize I probably needed after all, to some degree.

I was able to get rid of most of the psychosis symptoms after about two to three months of a high dose of medication.

I had used two milligrams of Risperidone in the past to be ok, but I know that together with the other medication for bipolar, Orfiril, both made me feel quite cluttered mentally and I easily fell into routines and habits I couldn’t quite spot myself.

I felt like those years before 2016 when I had become a little bit of a robot mentally, and despite using the medication I did at times have small psychosis symptoms that bothered me a little. I also drank too much at times and was addicted to nicotine. Drinking at times with this illness did not make those symptoms better either.

In 2017, after having used DEN for about 12 months, I felt like I was refreshed mentally, even though I had added back the Risperidone. Compared to before, I felt much more clear, despite the whole process not having gone optimally as I had hoped.

I was able to quit Scandinavian tobacco and cigarettes from around January until April or May when I had another moment of weakness due to a break-up. I had also been able to live almost without sugar which was a good change for me. I had been used to a lot of sugar in my everyday diet from drinking a lot of soda. For the next two years from 2017-2019, I went to therapy while I continued to use DEN at 9-12 pills per day, and also taking 3-4 mg of Risperidone.

But, I went back to smoking, drinking too much, and a few times I used weed again.

Then, at the start of 2019, something good happened. I had started to realize the bad effects of alcohol and how it made me get psychosis symptoms in my everyday life even with some medications, not a lot, but to smaller degrees. This made it feel tough to sit on the bus or be around a lot of people. Especially if people were laughing I could easily feel uncomfortable and think maybe this was about me somehow.

But then, therapy led me to make the decision again to stop drinking.

I first went three to four weeks without alcohol, and then when that went fine and I felt much better mentally, I decided I would just continue now without alcohol in my every day. Those two to three years I had often bought three to four beers many times per week, sometimes even on a Monday or Tuesday before 09:00 in the morning, as I did not work. It was not a good tendency, and this way of living probably started when I backpacked if I would be honest. Just drinking whenever I wanted if I was bored or felt like it. Just because it felt good.

Finally, in 2019 I had come to the point where alcohol was no longer my friend and I would feel better long term if I didn’t drink, especially with regards to the psychosis symptoms in my everyday life.

So when it came to September-October 2019, I was still free from alcohol and marijuana, and this felt great. But I was still addicted to nicotine.

That autumn of 2019 I came across one of the most inspirational figures of motivation and practitioners of self-discipline I have seen, David Goggins. The Navy Seal that had once been fat and out of shape, went on to do three Navy Seal Hell Weeks in one year, completing two of them, including training as an Army Ranger and participating in more than 60+ ultra-marathons, often finishing in the top five.

I came across his book “Can't Hurt Me” after watching many of his videos online.

It made me start to work out hard and practice my own discipline, so for two months straight I was running in the cold rain, after 10 years without much running or proper exercise like that at all. I was swimming 1000-2000 meters at a time. And I was doing spinning or gym bicycling. All the training improved my own discipline again, and at the same time, I quit tobacco and nicotine once and for all.

You can read my full story and methods from this period of how I quit nicotine 100%, and am still 100% nicotine-free to this day, one year and three months later, in 2021 – here: “The 35-Day Challenge To Get 100% Nicotine Free”. It is all there in a short Kindle Ebook, where you can follow in my exact footsteps to quit nicotine 100% too if this is something you struggle with.

So I would say I attribute now having been able to quit nicotine to both working out, learning about David Goggins, and taking Daily Essential Nutrients.

My life is much better now. 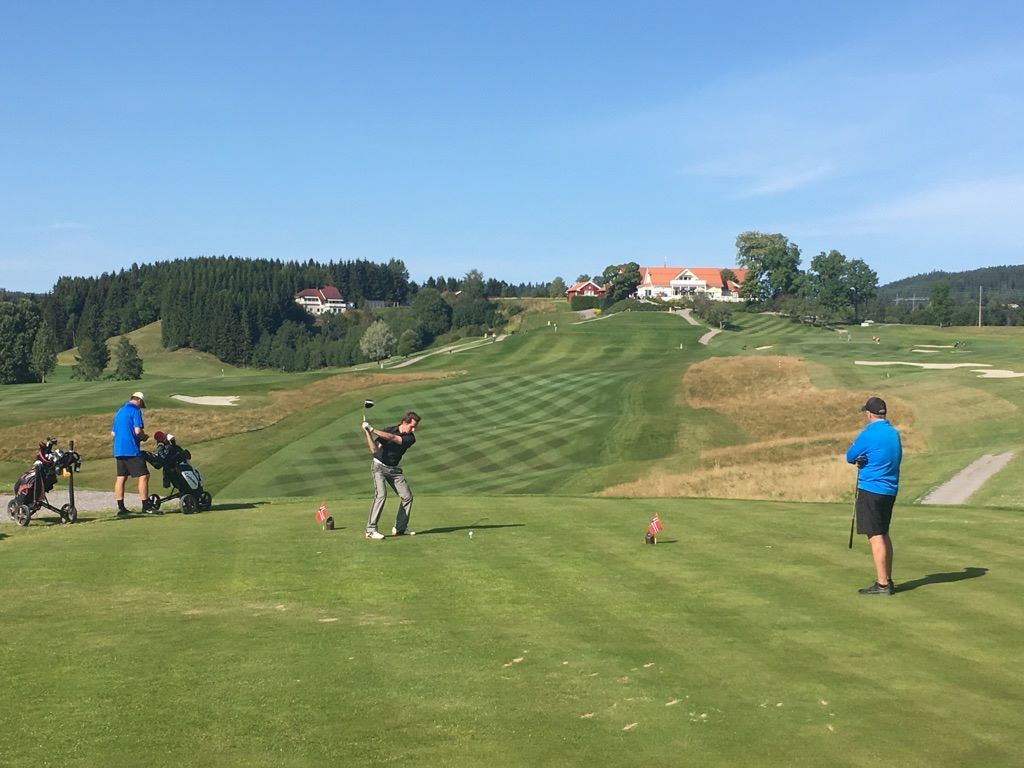 In the past two to three years, I have been able to secure my finances and gotten a part-time position where I can work from home for my previous boss. It has been a big help to have something to do, but also contribute to something as well, and earning a little more than I otherwise would have on disability. I have a new relationship with a wonderful girl who is healthy for me to be with and we are planning to marry in a couple of months. I have gotten out of over $20,000 USD of credit card debt, and $40,000 USD of personal debt, through a debt arrangement. I have a new and better apartment, where my girlfriend and I can live better, compared to where I lived before in a cellar apartment. I also started a new venture with my boss doing Pay-Per-Lead marketing, which I had an interest in for many years.

So all in all although I was not able to get rid of my medication 100%, I will still say that I feel that a lot of things have changed in a very positive direction since starting Daily Essential Nutrients.

As they say, you have to look at the whole person.

So for me, it seems that combining the medication with taking DEN has been a very positive thing in my life, and I am now also free from alcohol, marijuana, and nicotine.

I had many positive things happen as a result of taking Daily Essential Nutrients. I also got back into golf again, playing and practicing a lot, which I hadn't done properly for many years at this point, after having trained up to the age of 20 or so. In 2017 after having used DEN for about 12 months I won the club championship at my home course, after having won in 2011 and 2003 previously. So part of what got better in my life was that I found golf again, playing almost better than ever before. 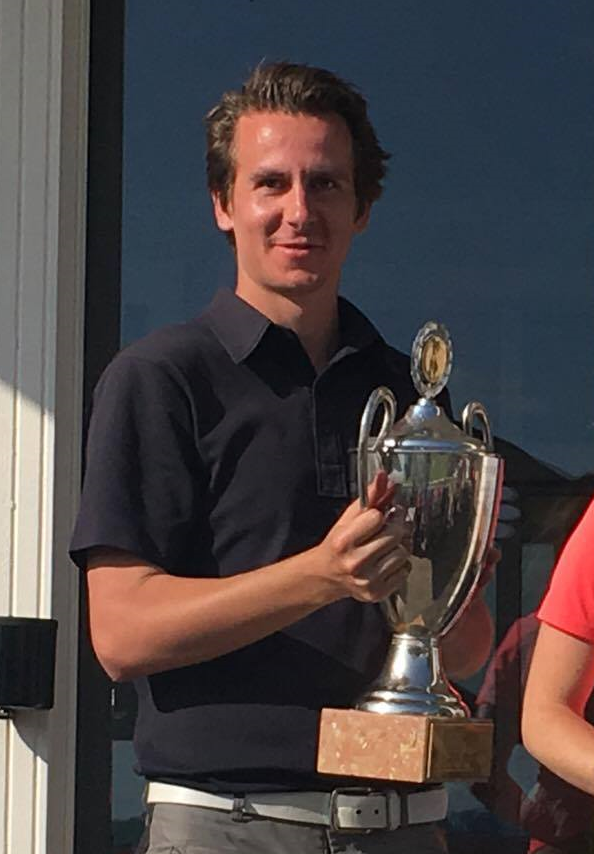 What I would advise people who are similar to me is: don’t stop taking Daily Essential Nutrients. I believe that it has helped me a lot, and it will help you too, but if you need to consider taking medications too, a combination might work well also. And second, realize that for most of us with mental disorders, alcohol, weed, drugs, even nicotine, are simply not our friends, and it won't help us feel better long term. Long term, most people will likely be a lot better off leaving those things behind, and I think that over time it's easier to do so if you have the support of taking Daily Essential Nutrients every day.

Good luck, and thanks for reading my story!