As the world's leading formulator of micronutrients for brain health, Hardy Nutritionals® is committed to remaining at the forefront of nutrition research and development. As a result, we recently introduced our newest clinical level supplement, Daily Essential Nutrients With Added Vitamers (DEN-V). This product is a powerful addition to our line-up of clinical micronutrients and is now available in both 120 and 360 capsule bottle sizes.

For those who wish to try this new and improved formulation, we are offering a limited-time offer of 10% off all purchases of our 120 count capsules bottle size. In fact, if you purchase two or more bottles, you can take advantage of our additional volume discounts and save even more, plus get free shipping on orders over $150 in the contiguous U.S.

What are vitamers?
Vitamers are simply different forms of vitamins than the typical forms found in multivitamin supplements. For example, Vitamin B12 naturally consists of three vitamers, or different forms, all three of which are available in the new DEN With Added Vitamers formula. These include methylcobalamin, adenosylcobalamin, and hydroxocobalamin. 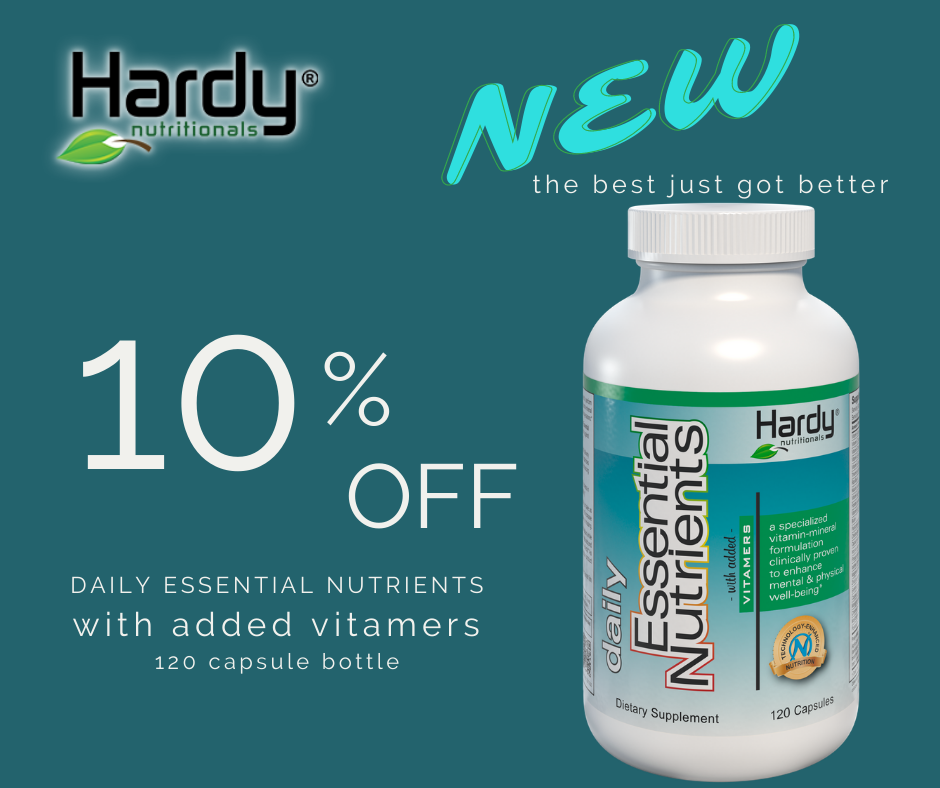 Vitamers allow the body to uptake different forms of vitamins which can sometimes have unique importance in the body. For example, providing all three forms of vitamin B12 rather than just one has been shown to support a healthy metabolism. When providing multiple vitamers for each vitamin, our formulation matches the food form of each vitamin better, which may ultimately provide better absorption and better efficacy.

Who should use Daily Essential Nutrients With Added Vitamers?
DEN-V was primarily formulated for individuals with genetic mutations or other metabolic sensitivities such as people with methylation or lithium sensitivity. In addition, individuals who want a high-quality supplement that contains more of the natural food vitamers than are present in the original DEN would be good candidates for the new DEN-V.

For those people doing well on Daily Essential Nutrients, there is no real reason to switch to the DEN-V.  If however, you feel you may benefit from the added vitamers form and would like to see if it makes a difference for you, then it is a great new option.

What symptoms from taking the original DEN might indicate that DEN With Added Vitamers could be a better fit?
Increased anxiety or insomnia for which medication interactions, gut health issues, yeast infections, etc. have been ruled out may be an indication of methylation issues (i.e. sensitivity to methylfolate and methylcobalamin). In addition, if you have blood or genetic tests showing altered vitamin B6 metabolism or folate metabolism, the DEN-V will likely be the best fit for you.

On average, efficacy should be similar based on the following research:

A number of independent research studies documenting positive outcomes for various aspects of mental health have been performed on at least five different iterations of the Daily Essential Nutrients formulation – all slightly different, but substantially similar in the following ways:

What are the differences between DEN and DEN-V?

Will dosing be the same?
The dosage instructions for Daily Essential Nutrients With Added Vitamers are the same as the original DEN. Clinical dosing remains four capsules, three times per day. We continue to recommend working up to the full dose over time, beginning with one capsule per dose the first day, two capsules per dose the second day, and so on up to four capsules three times per day. Taking six capsules twice daily should be as effective with DEN-V as with the original DEN. As always, we source only the highest quality and most pure ingredients from around the world.

Interested in trying out the new Daily Essential Nutrients With Added Vitamers? It is available now and we encourage you to try the 120 capsule size bottle to see if you notice a difference in effect and outcome and share your experience with us by leaving a review.

About Hardy Nutritionals®
Hardy Nutritionals® multivitamin-mineral products are powered by our proprietary NutraTek™ mineral delivery technology, which combines each mineral with specialized organic molecules—just like nature—to optimize absorption and distribution to body cells. Our flagship supplement, Daily Essential Nutrients, is widely considered to be the most research-backed micronutrient treatment.
The Truth About Nutrition and Mental Health
From Psychosis to Health Coach Using Micronutrients
Hardy Nutritionals is interested in what you think of our articles. We welcome your comments but request that they relate to the article you are commenting on. Comments that do not relate to the article will be marked as SPAM and rejected. Thank you. Hardy Nutritionals.
X