It wasn't by coincidence that Dr. Mary Rondeau and Dr. Scott Shannon carried out a groundbreaking study examining the effects of holistic treatments for young adults experiencing symptoms of depression or anxiety. Dr. Shannon, an educator, author, and psychiatrist with a holistic background, and Dr. Rondeau, an educator and Naturopathic doctor, co-founded Wholeness Center, a mental health center in Ft. Collins, Colorado. For over a decade, they have worked tirelessly to pioneer in the holistic mental health space.

At Wholeness Center, the doctors, nurse practitioners, nurses, therapists, and social workers collaborate to treat the root cause of illness, particularly mental illness, using holistic methods, or "a whole-body approach."

Dr. Rondeau and Dr. Shannon teamed up with several other highly qualified physicians to carry out a study[1], which was ultimately published in the Community Mental Health Journal in June 2020 after being peer-reviewed. This timely study sought to determine the effectiveness of a holistic approach for mental health versus a medication-based treatment using more conventional methods.

The study references the important need to address mental health and mood disorders before prescribing anti-depressants, which can be habit-forming and dangerous. For those who respond successfully to a holistic or natural approach, meds can often be altogether avoided. The best candidates for a holistic treatment for mental health haven't begun taking medications or are actively working with their prescribing provider to ween off in favor of an alternative treatment.

Recruiting young adults through social media ads, the study excluded anyone with an active substance abuse disorder, a recent suicide attempt, or feelings of suicidal ideation.

While small, the study echoed what more than 100 others have found in recent years.

A total of 39 young adults were enrolled in the program.

About a third of the participants were put into the control group, meaning they continued with their "usual medication-based care."

Those in the program were not using medications. The holistic mental health program focused on providing a "practical package of services" such as peer support, education, exercise, therapy, and a micronutrient supplement called Optimal Balance™.

Initially, program participants reported improvements in depression and anxiety as well as mood stability. Over time, they demonstrated continued improvements across the board. Program participants reported significantly improved depression, anxiety, less distress, better overall quality of life, and a feeling of empowerment over four months, with progress maintained or further improved at a two-month follow-up. Those in the control group who did not participate in the program did not report any significant improvement over the same period. 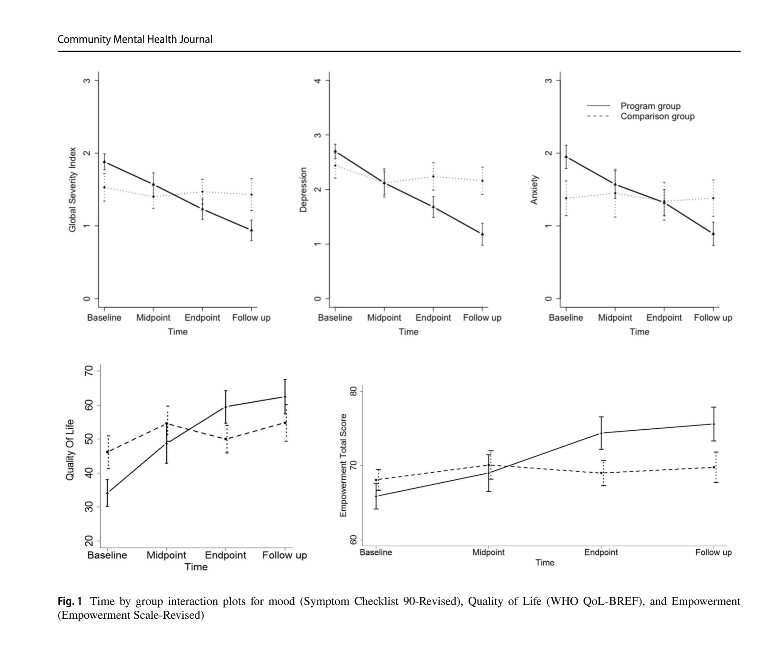 While this isn't rocket science, it does beg the question: Why?

Why were the people in the holistic program better off at the end of the four months? A lot of it comes down to looking at the body as a whole and becoming educated on what your body needs. To cite a simple hypothetical example, take gluten intolerance for a moment. Obviously, if a person were found to be allergic to gluten, they would stop eating it. Shortly thereafter, they likely start to notice an improvement in sleep quality, less foggy brain, and a healthier gut. It works the same way with other things. If the body has been nutrient deficient from a poor diet or less than optimal absorption for years, providing a broad-spectrum micronutrient supplement like the one studied can fill those gaps. Even better if therapy and peer support is added to the mix. A person is then dealing with the core concerns rather than covering them up with chemicals.

Does this study mean medications are unnecessary?

Absolutely not. Medications have their place and there are plenty of good reasons for prescribing them. However, for someone dealing with moderate to severe depression or anxiety, medication may not be the best first choice. If a holistic approach improves the person's life and they feel as though they are "back to themselves again", they may be able to avoid psychiatric medications altogether.

About Hardy Nutritionals®
Hardy Nutritionals® multivitamin-mineral products are powered by our proprietary NutraTek™ mineral delivery technology, which combines each mineral with specialized organic molecules—just like nature—to optimize absorption and distribution to body cells. Our flagship supplement, Daily Essential Nutrients, is widely considered to be the most research-backed micronutrient treatment.
Help Fund Another Independent Study
Expected Shipping Delays & COVID Update
Hardy Nutritionals is interested in what you think of our articles. We welcome your comments but request that they relate to the article you are commenting on. Comments that do not relate to the article will be marked as SPAM and rejected. Thank you. Hardy Nutritionals.
X