In a segment geared toward mental health professionals, Dr. Rucklidge is interviewed about the importance of micronutrients when it comes to mental health.

Dr. Chris Aiken, editor-in-chief of the Carlat Psychiatry Report, begins the podcast by relating a story that illustrates the importance of supplementing with a broad-spectrum approach, rather than using the single-element replacement theory.

A few years ago, a study was conducted in which college students consumed a half cup of walnuts each day to determine the impact on mood.  Walnuts are high in Omega-3 and folate, nutrients that are known to have antidepressant properties.  The result?  The walnut intervention made no difference.  In contrast, when the students switched to a healthy balanced diet rich in many nutrients including those found in walnuts, mood was improved.  Why was there a difference?  Dr. Aiken thinks that the problem might be the "magic bullet" approach when it comes to nutrients or medication for mental health.  For example, no one would recommend that a patient eat nothing but avocados, no matter how healthy they may be. It's variety that makes a difference in our diet.  The more colors on our plate, the better.

So how does this translate to using micronutrients to effectively treat mental health symptoms? 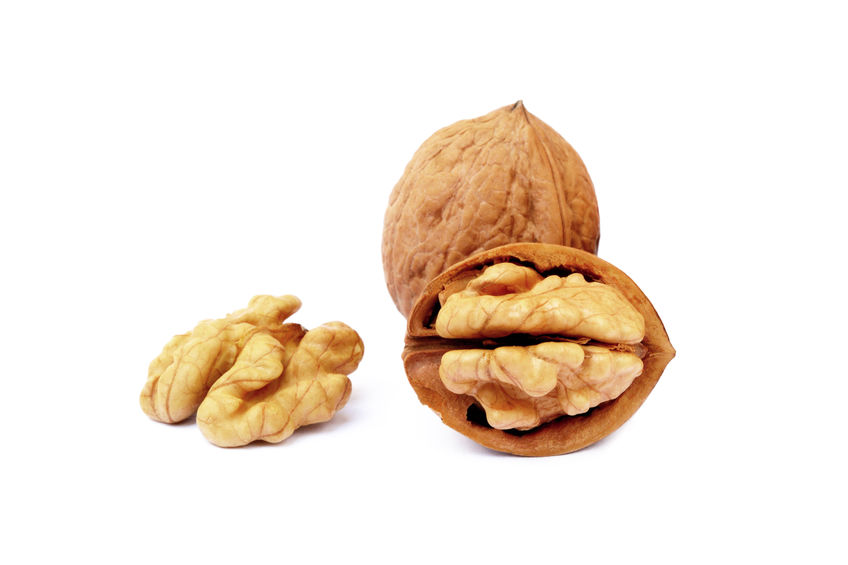 Dr. Aiken says, "I tell you this story because I had to make a serious adjustment in my own thinking to understand this field of micronutrients."  It's not just a regular multivitamin, and it's not a medication. Daily Essential Nutrients is a powerful nutritional therapy formulation that could be considered "a healthy diet in a bottle", now with over a dozen clinical trials in mental health.

The Interview: Micronutrients in Mental Health with Dr. Julia Rucklidge

In the December issue of the Carlat Report, Dr. Aiken interviews Dr. Julia Rucklidge who discusses the multiple trials which demonstrated the safety and effectiveness of a specific compound of micronutrients which are essential for the brain to function optimally.  When it comes to nutrient density, most people are missing key micronutrients from the food they consume daily.  Even the healthiest diets are lacking the levels of micronutrients science has shown to be beneficial for balancing mental health.

Dr. Aiken: What are micronutrients?

Dr. Rucklidge: "Small, as opposed to macronutrients.  So macronutrients being your fats, your carbohydrates and your proteins, which is the way we more typically think about food.  If anybody were to say, 'Tell me about the food pyramid', people will think about, 'Well, on the base we've got carbohydrates and maybe we've got the representation of proteins with meat and dairy and then the representation of fats.'  That's how I think a lot of Americans think about food and probably people all over the world think about food because that's how it's been taught to us. We think about food in terms of calories and how energy-dense it is.  But what's being lost I think in this conversation is whether or not the food that you're eating is nutrient-rich, and that's nutrient-dense.  When I talk about that I'm talking about those micronutrients, those vitamins and minerals.  You can have a hamburger with the same percentage of fats, carbohydrates and proteins as a falafel salad and the same number of calories and yet when you think about their nutrient density, they're going to be very different.  That's where I think that whole education that we've received over the last 60 years in terms of thinking about the diet, has precluded a discussion about how important those micronutrients are.  I would really encourage your listeners or readers to be shifting away from thinking about foods only in the context of those macronutrients but also thinking about them in the context of micronutrients."

Dr. Aiken: "So are micronutrients just isolating one component of a healthy diet, and would somebody get the same benefits by switching to, say, a Mediterranean diet, as they would by taking micronutrients?"

Dr. Rucklidge: "Food first is where I go with ensuring that you're eating a healthy diet, and by that, I mean low in processed foods and high in fruits and vegetables, high in healthy fats, nuts, seeds and fish. If that in itself isn't sufficient and you're still continuing to struggle with mental health issues, then there's a whole bunch of reasons why that might be the case.  I'll just name a few of those. One of them is at the environmental level.  We select food that grows quickly, high yield.  When a crop grows very quickly, it is less nourishing because it is bringing less up from the soil. So it's not going to be as nutrient-dense as a crop that grows very slowly. But we select crops that grow very quickly because we have so many mouths to feed."

Dr. Aiken: "Is this why so many fruits we buy at the grocery store are kind of tasteless, like moist styrofoam?"

Dr. Rucklidge: "Yes, I think that could well be one of the reasons, is that they're not selected for tasting well.  Which is sort of ridiculous right?  They're selected for not bruising, for looking aesthetically pleasing, really red apple, it looks like it's going to taste really good and then when you bite into it, it's not as tasty as you thought it was going to be.  But you've bought the apple, and there's no other choice.  I think that is one of the things that we need to be thinking more about, maybe how nutrient-dense it is and by selecting foods that are more nutrient-dense, does that make them more tasty?  I would imagine that it probably would."

Dr. Aiken: "Ok, so clinically, you recommend that patients start with a healthy diet first?" 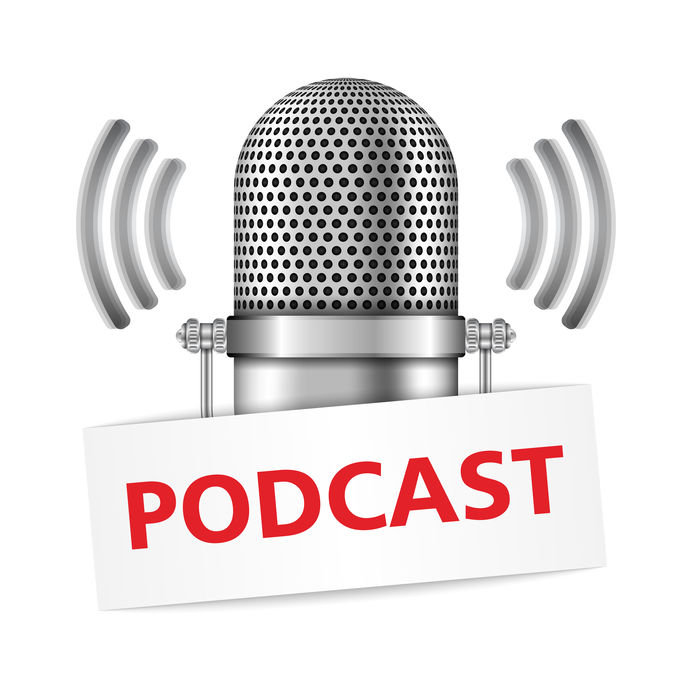 Dr. Rucklidge: "Healthy food first.  But because of the way we now grow our food, we don't remineralize the soils, we often use, particularly in the states, a product called Round-Up, which is a herbicide.  A herbicide is a mineral chelator, so it leaches your minerals from your food.  So that affects the nutrient density of your crop.  So it does have a side-effect, in that your food is less nourishing when we use those types of products.  So there's poor remineralization, there's the food choices, the way we choose our food, we choose it for good storage.  The longer the apple is off the tree, the nutrient content we know does decrease, so we store them for a long time.  We often eat an apple a year after it's been plucked from the tree.

So there are those challenges.  When you cook your fruit and vegetables, there's research that shows that it does have an effect on how nutrient-dense it is. It depends, there are some that are ok [to cook], but it's better if you can to eat raw, rather than cooked.  [When it comes to] climate change, carbon dioxide has been shown to help with the growing of your plants, but a side-effect of that is that it's going to be less nutrient-dense and there's data on that.  There are a whole host of environmental reasons why the food you're eating might not be as nourishing as we think it is and certainly not as nourishing, there's data to show that it's not as nourishing as it was in the 1940s. For some people that might be fine and they won't feel unwell eating these foods, and of course, there are lots of people out there who are functioning absolutely fine.

Then there are individual differences. That might be what's playing a role. Those are genetic differences, the health of your microbiome, whether or not you've got any genetic differences that affect the function of your mitochondria, that might suggest some people might need more nutrients than what they can get out of their food.  Think about it as an inborn error of metabolism where somebody might need more nutrients in order to sort of correct a sluggish enzymatic process.  Your genes are coding for your enzymes, there are differences in the genes which means that it doesn't produce as much of an enzyme. You can correct that by giving a lot more nutrients. Which is part of the theory behind why in our research we give so many nutrients at what looks like a high dose.

We are typically giving people 12 capsules per day, which does sound like a lot compared to a supermarket vitamin pill, which is only one a day.  That's partially because we're giving a lot more minerals than you'd get out of a one a day and minerals are bulky. They might be called micronutrients but some of them are quite bulky.  If you think about a calcium pill, it's quite a big pill, and that's just calcium.  So if you think about all the different minerals that are in there that we have been studying, there's calcium, magnesium, zinc, copper, iron, phosphorus, you get the picture. You're going to end up with a lot more bulk."

Dr. Aiken:  "...There are dozens of ingredients in [Daily Essential Nutrients]...How do you choose what goes in these pills?"

Dr. Rucklidge: "...The formulation was developed by families in Southern Alberta, Canada who used their knowledge of animal nutrition to get a base of what would be an adequate range of nutrients based on what farmers know, is that when your animals get very irritable and start biting each other and display what looks like delinquent behavior or a mood dysregulation, that they treat this with a broad-spectrum of nutrients, not thinking that any one nutrient is special, you need them all in combination that's why we have a varied diet, and so to give just one is probably not going to be adequate for most people or most animals.  They took that knowledge and what they already knew from the animal literature and then applied that to humans...and on top of that using whatever research was out there on single nutrients, for the most part, because that's most of the research that's been done is on single nutrients, and then sort of adapting the formula accordingly...This formula has been adapted over 30 years."

Clinical Use of Micronutrients for Mental Health

Hardy Nutritionals® Daily Essential Nutrients is a micronutrient formulation that has been found to help ADHD, depression, autism, stress, mood, emotional dysregulation, anxiety, and irritability. In the video below, Dr. Janet Settle, integrative psychiatrist, goes into more detail about the protocols when using these micronutrients with patients and how to use them in practice.

About Hardy Nutritionals®
Hardy Nutritionals® multivitamin-mineral products are powered by our proprietary NutraTek™ mineral delivery technology, which combines each mineral with specialized organic molecules—just like nature—to optimize absorption and distribution to body cells. Our flagship supplement, Daily Essential Nutrients, is widely considered to be the most research-backed micronutrient treatment.
Functional Neurologists Recommend Hardy's Micronutrients
How Hardy's Helps Me Every Day
Hardy Nutritionals is interested in what you think of our articles. We welcome your comments but request that they relate to the article you are commenting on. Comments that do not relate to the article will be marked as SPAM and rejected. Thank you. Hardy Nutritionals.
X