From ADHD Meds to Micronutrients: A Mom's View

When my son was about 15 months old, he threw the worst temper tantrums. I thought the “terrible twos” were hitting early and tried to roll with the punches. However, things did not improve, and it seemed like all of his anger and poor behavior was geared toward me or happened on my watch. I did not understand what was going on. I had a daughter who was nearly three years older than my son, and although she had her moments, I did not experience anything like this with her.

Over the next two years, my son developed more difficult behaviors like biting and talking back. I had to restrain him at times when he would get out of control. I remember I once had to carry him out of a frozen yogurt shop where he was screaming and going under the table. He bit me twice, drawing blood.

When he was three, we put him in preschool. He was familiar with the school, as his sister had the same teacher and he had known her since he was six months old. The teacher was very patient with him, but she had the same issues with him that we were having at home. He was biting, and they resorted to placing him in the bathroom to calm him down so he could not destroy anything. She ended up saying, “Let’s give him time, he is a young three.”

I enlisted the help of a parent aide who came to our home. I remember my son having a complete meltdown on one of the visits. I then attempted to get him into a special preschool through our school district and was turned away. They told me poor behavior at home was not enough to let him in, but he could get in if he had a speech problem and the schooling would be free.

I blamed myself a lot. What had I done wrong?

I ate right, took my vitamins, and went to all of my prenatal appointments. He was born at 39‐weeks gestation weighing a very healthy 8 pounds 13 ounces. Where had things gone wrong?

I had a nephew diagnosed with autism, and so I took my son to his pediatrician, who sent us to a neurologist to see if that was the issue. The neurologist said, “He’s not autistic, but he might be on the spectrum. You would have to take him for a neuropsychological evaluation.” So we went to have some tests completed, and he was ultimately diagnosed with Attention Deficit Hyperactivity Disorder (ADHD). With the evaluation in hand, I went back to the school district; and this time, they let him into their program. 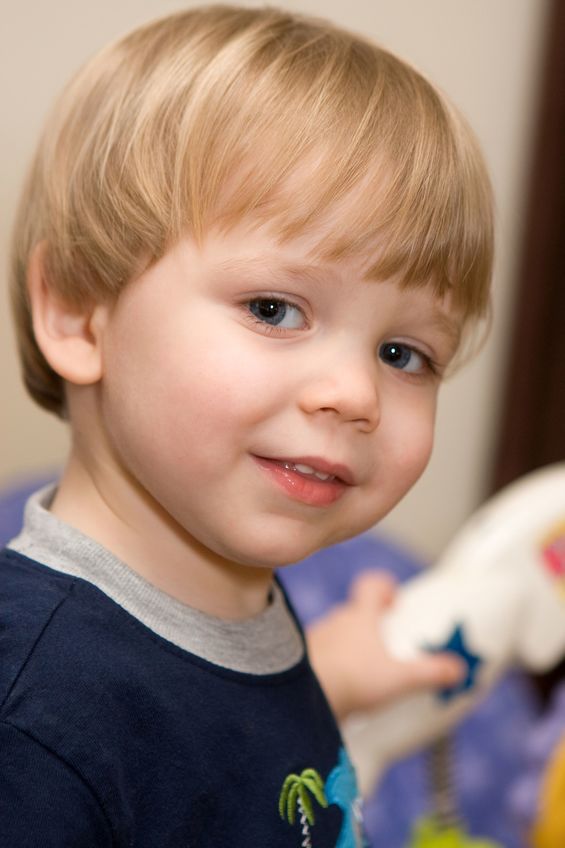 I ended up taking my son to counseling. It always seemed like he would have a horrible meltdown after counseling sessions. The counselor felt he needed occupational therapy to address his sensory issues. So, we went to occupational therapy. It was difficult watching him struggle to do things in order. I will say that it at least taught me some ways to help calm him down or talk to him about what was going on inside his body.

My son was also prescribed Quillivant by his pediatrician. After around nine months of occupational therapy, the therapist recommended my son return to counseling and see a psychiatrist for medication. So, by this time, my son was five, and we began seeing a psychiatrist, got on a list to see a psychologist, and did a few more counseling sessions while waiting to see the psychologist. My son continued to struggle at preschool. I was getting multiple calls to pick him up from school early. By then he had also started talking about wanting to die and kill himself. It was heartbreaking.

Four months after beginning services with a psychiatrist, my son was prescribed Adderall. He got extremely aggressive. He started attacking me, and we were told by the doctor to discontinue the medication. He was then placed on Focalin and Guanfacine. He was in Kindergarten by this time, and for the first time he was starting to do well. For about six or seven weeks I did not get called from the school. Unfortunately, the success was short‐lived; and by the spring, we were being called all the time to pick him up early for behavioral issues.

Summer came, and my father was diagnosed with cancer. Three months later, my father passed away. He and my son were very close. My son’s poor behaviors started at school again. All of the professionals we worked with told me that my son was experiencing grief. So, we saw the psychologist more often. My son also participated in a social skills group. During winter break my son began grief counseling. His prescription of Guanfacine had been maxed out at 4 mg per day. Once he returned to school, the problems continued. The school began the process of having him deemed emotionally disabled and sent to a special school.

Then my husband and I made the decision to take him off of all medications.

We did not know what was and was not working for our son. After taking him off the medications, we saw exactly how sedated our son was. It had happened so gradually, we did not even realize it. His personality returned, but we knew he still needed help.

After a horrible episode at school and threats to me, I ended up having to take my son to a hospital where we were referred to a facility which was not covered by my insurance. His psychiatrist recommended putting him on Prozac. My husband and I were personally against placing our seven‐year‐old on Prozac, and finally his psychiatrist brought up the possibility of placing him on broad-spectrum micronutrients.

We agreed to try them and selected Hardy Nutritionals® Daily Essential Nutrients. After approximately one month, the psychiatrist raised him to a half dose, and the change was literally overnight. My son ended up completing first grade without going to the reset room or being sent home early for behavior during the last quarter. His behavior at home was so much better. He became more compliant; and for the first time, my daughter told me she wanted to play with him and that they were now friends.

I spent nearly six years blaming myself, searching for answers, not understanding why this was happening to my son and my family. I was hopeless. I was depressed. I was lost. Hardy Nutritionals gave me my son back.

This summer, my son went completely off Focalin, and we plan to try starting second grade just using the Daily Essential Nutrients without medications. For the first time, we have hope.

About Hardy Nutritionals®
Hardy Nutritionals® multivitamin-mineral products are powered by our proprietary NutraTek™ mineral delivery technology, which combines each mineral with specialized organic molecules—just like nature—to optimize absorption and distribution to body cells. Our flagship supplement, Daily Essential Nutrients, is widely considered to be the most research-backed micronutrient treatment.
Dr. Julia Rucklidge: Supplements Benefit Mental Health
Gut Health: You Are What You Absorb
Hardy Nutritionals is interested in what you think of our articles. We welcome your comments but request that they relate to the article you are commenting on. Comments that do not relate to the article will be marked as SPAM and rejected. Thank you. Hardy Nutritionals.
X