Posted on : May 22, 2018 by Hardy Nutritionals® — No Comments
There are many options when considering naturally treating mood swings, anxiety depression. The American Psychiatric Association recently published a textbook entitled, "Complementary and Integrative Treatments in Psychiatric Practice" which not only features a chapter on the safety and effectiveness of broad-spectrum micronutrients, such as Daily Essential but also discusses important and helpful alternative options when dealing with mood swings, depression and anxiety. 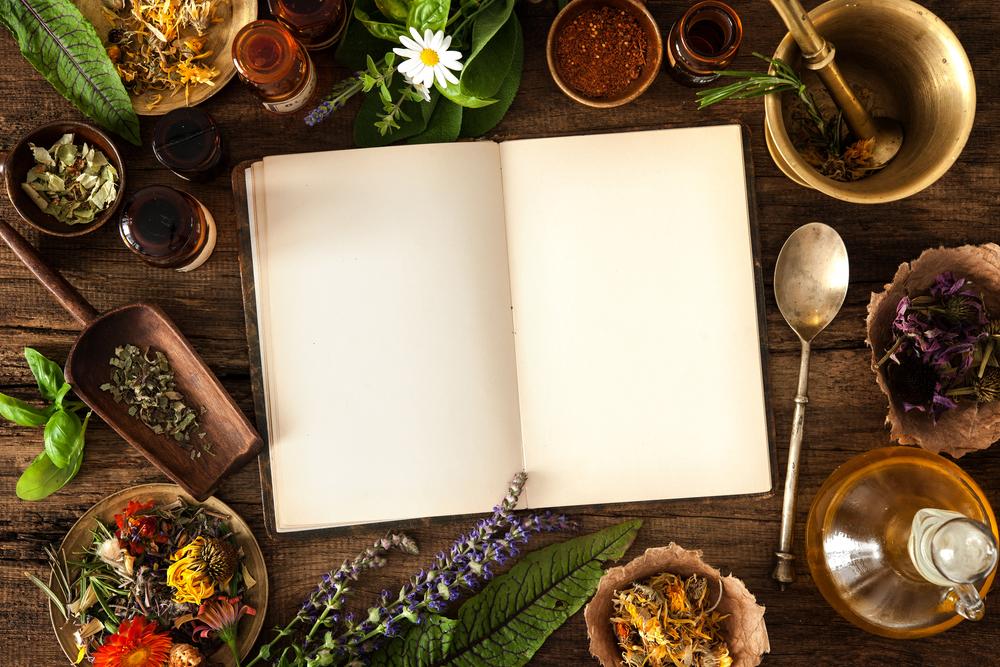 For those who are taking Daily Essential Nutrients, Hardy Nutritionals® clinical broad-spectrum micronutrient formulation, but who are still dealing with some level of residual mood swings, anxiety or depression--hormonal or otherwise--additional supplementation may be required.  Introducing supplements such as 5HTP, SAMe, Inositol, , among others, may be helpful in providing added relief.
5HTP
The body naturally makes 5- as the intermediate between the basic amino acid (tryptophan) and the neurotransmitter serotonin.  As the direct precursor to the neurotransmitter, 5-HTP supplementation can be overdone.  Serotonin syndrome (i.e. too much serotonin signaling) can occur within a short time, such as two weeks, by taking 500-600 mg of 5HTP per day.  However, just like anything else, there's no need to be "scared" of 5-HTP if it's used judiciously, at doses such as 50-100mg per day for short periods of time, or as needed.
For instance, 5-HTP might be a better way to target insomnia than taking melatonin, because by supplementing the end product of the body's natural sleep signaling (melatonin) the body's natural need to convert serotonin to melatonin is eliminated.  Also, the body may become dependent on the supplemental quantity of melatonin instead of the amount the body would naturally produce, leading to insomnia every time the body withdrawals from melatonin supplementation, because it takes a few days for the body to up-regulate its own melatonin production again.

In relation to insomnia, and even in terms of psychiatric symptoms, very clear benefits of complete amino acid supplementation have been reported by Hardy Nutritionals® customers over using 5- alone.  Amino acids apart from tryptophan are involved in many other neuro-signaling pathways.  The body converts tyrosine into dopamine, phenylalanine into norepinephrine, glutamine into GABA, etc.  So, if a person were to take 4 capsules of Hardy's Balanced Free Form Amino Acids an hour before bed, for example, they would get enough tryptophan to boost the serotonin-melatonin axis (helping them sleep better), but they wouldn't be boosting the serotonin pathway disproportionately relative to the other amino-acid-based neurotransmission as with taking 5-HTP alone.

In short, those suffering from poor moods may very well benefit from some and obviously should use it if it helps.  However, it would probably be wise to use conservative doses and it is probably safer to take it together with the Balanced Free Form Aminos.

SAMe
S-adenosyl methionine is another amino-acid-based metabolite naturally produced by the body, which has arguably made more inroads into mainstream psychiatry than any other natural substance apart from lithium.  A lot of well-designed studies have been conducted on SAMe and it appears that in many cases it may perform just as well as any anti-depressant medication.  Just like medication anti-depressants, however, it can "trigger hypomanic or manic symptoms" and "exacerbate...cardiac arrhythmia."  So, it should be used with caution (i.e. conservative dosing, especially at first), but the American Psychiatric Association text [1] speaks highly of it.

The potential of SAMe to induce mania can be concerning, so we recommend approaching dosing similarly to those who are "medication-sensitive", and start at no more than "200mg/day, titrating upward slowly."[2]  The daily quantity should be taken in divided doses and should not be taken late in the afternoon.  Dose increases should probably be in no more than 200 mg increments "every 3-7 days as tolerated."

The APA text references using the "" or "1,4-" form of SAMe, as the "authors find better overall response" to it.

The clinical decision tree for depressive disorders puts SAMe among the first things to try for the anxiety-agitation-insomnia subset of depression (along with B12 and folate).  It goes on to suggest that if anxiety continues, the SAMe dose should be decreased if anxiety is really persistent, SAMe should be discontinued in favor of adaptogen herbs...so let's discuss those next.

Adaptogens:  Rhodiola Rosea and Ashwagandha (i.e. Withania Somnifera)
Two adaptogens really stand out as having solid research-based evidence behind them for the treatment of depression, anxiety, fatigue, and insomnia:  Rhodiola Rosea and Withania Somnifera (common name: ashwagandha).  Of the two, Rhodiola gets more attention in this particular textbook, with an entire chapter dedicated to its clinical use. [3]

Prevailing research supports trying these herbs before resorting to medications.  Safety and tolerability would be just one of the reasons to try Rhodiola before meds:  "In comparison with most conventional antidepressants, R. is well tolerated in short-term studies and shows a favorable safety profile."  Additionally, R. may be a safe alternative to hormone replacement therapy:  "In contrast to hormone replacement therapy, R. may reduce the risk of breast, ovarian, and uterine cancer." [4]

About the potential over-stimulation from Rhodiola, the authors state:  "[Rhodiola can] exacerbate anxiety and insomnia or occasionally increase heart rate or frequency of irregular rhythms"  and "As with antidepressants [and, I would add, 5-HTP or SAMe], there is a potential risk for triggering or exacerbating hypomanic or manic symptoms."   [5]

Should Rhodiola help with depression but cause residual anxiety or insomnia due to "over-stimulation," the authors recommend adding ashwagandha as a calming influence or learning how to do some calming breathing techniques (again, see chapter 21).  Of course, niacinamide (found in Daily Essential Nutrients) can also help with anxiety and insomnia and inositol may help as well.

Inositol
Inositol has been studied for disorders which may have significant symptom overlap with PMDD, OCD, MDD, PD, BD.  In studies, at a dose of 12g/day, Inositol performed better than placebo when used alone, and it was even powerful enough to show additional benefit on top of an already significant treatment in some studies.

About Hardy Nutritionals®
Hardy Nutritionals® multivitamin-mineral products are powered by our proprietary NutraTek™ mineral delivery technology, which combines each mineral with specialized organic molecules—just like nature—to optimize absorption and distribution to body cells. Our flagship supplement, Daily Essential Nutrients, is widely considered to be the most research-backed micronutrient treatment.
Daily Self Defense is Now Optimal Balance™: New Name, Same Formula
Why Taking (Certain) Multivitamins is Pointless
Hardy Nutritionals is interested in what you think of our articles. We welcome your comments but request that they relate to the article you are commenting on. Comments that do not relate to the article will be marked as SPAM and rejected. Thank you. Hardy Nutritionals.
X