Back to Life Again: Reversing Dementia with Daily Essential Nutrients

"Over the past 3 years, I watched my wife Pat slowly and steadily fall victim to dementia.  It began with some short term memory loss, and eventually included the loss of many distant memories as well.

She lacked interest in social interaction, preferring to stay home and in pajamas all day.  She wouldn’t even step out of the house to admire flowers or bananas growing in our yard, and taking a short walk outdoors with me was out of the question.  She stopped attending church, always claiming to have a headache or upset stomach on Sunday mornings. 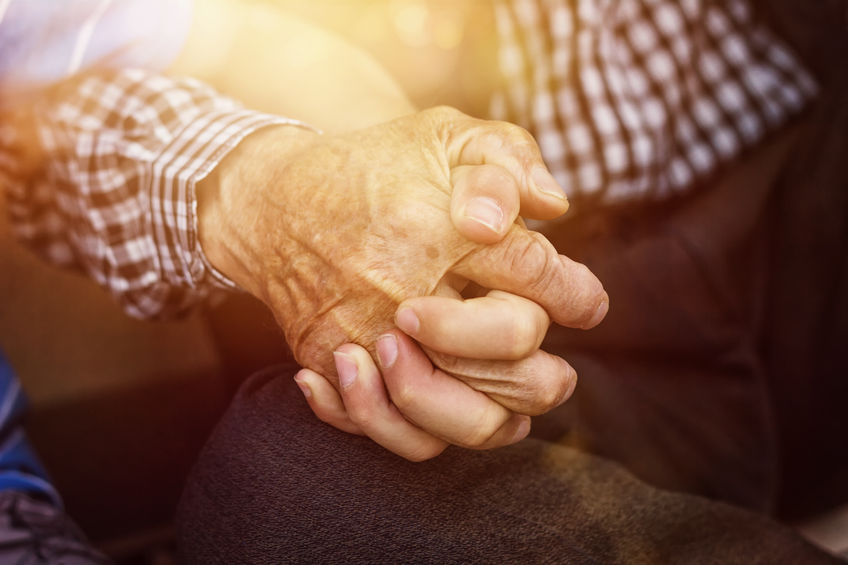 She eventually stopped cooking for us entirely, and for nearly 2 years I’ve done all the laundry, dish washing and grocery shopping myself.  Even her hygiene suffered, as she resisted the notion of taking a shower, often going 2 to 3 weeks without one.  She became offended if someone suggested she might need one.

Besides medications for cholesterol and blood pressure, typical for a woman in her mid-seventies, her neurologist had her taking Namzaric (a medication for Alzheimer’s disease) as well as propranolol for the increasingly severe essential tremor that has plagued her for years.  She was also taking Zoloft to ease depression.  For many years she’s been on insulin for type 2 diabetes.  As a retired nurse, Pat recognized the importance of controlling her blood sugar, but eventually didn’t care and resisted whenever it was time to check her blood sugar or take the insulin.  It became a daily battle, especially as her personality became more hostile towards me.

Eventually she even lost interest in watching television, and spent her waking hours sitting at the kitchen table reading a single page from a book or magazine, over and over again.  At family gatherings she was silent and distant, observing those around her with a dazed expression.  She was pleasant around people but never initiated conversation, and gave only short, simple answers.  At home she was often irritable and aggressive.

At my granddaughter’s wedding this past October, Pat couldn’t grasp who her 6 and 9 year old grandchildren were and thought their 40 year old mother, her daughter, was still young and single.  When she saw the newlyweds a couple of weeks later, she had no idea who the husband was.

Meanwhile, another of my daughters had begun taking Daily Essential Nutrients by Hardy Nutritionals® to treat her bipolar disorder.  Her response to the supplement seemed miraculous, and she’s been balanced, healthy and prescription free for 7 months now.

Even though Hardy doesn’t make claims that DEN treats dementia, she felt that as food for the brain, surely it would help my wife and so she urged us to give it a try.

At my wife’s next appointment with the neurologist, I told him we planned to start her on the supplement and hoped to eventually take her off her psychotropic meds.  He was only skeptically supportive and cautioned us that if she lost any additional ground by discontinuing Namzaric, it could not be regained.  I wasn’t worried about this, as I doubted it was slowing her decline anyway, and merely increased her tiredness.  It seemed she slept most of her life away, 16 or more hours per day.

My daughter knew from experience that as cells regenerate and the body becomes healthier from taking DEN, it will likely reject pharmaceuticals it no longer needs.  So she printed out a list of all the potential side effects my wife’s meds could cause, so I would recognize when it’s time to begin reducing something.

We also began checking in at least biweekly with a product specialist at Hardy who kept a file on Pat and helped us monitor her progress. 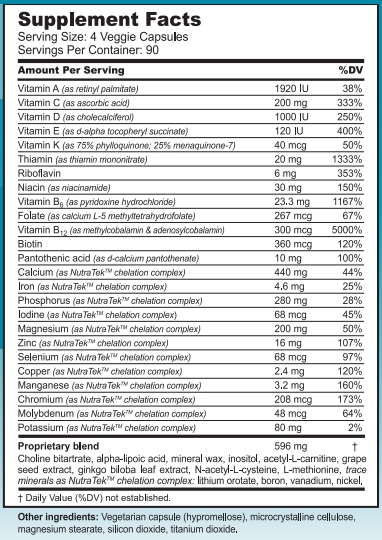 Pat began with a half dose of DEN and by the last week of November 2017 had gradually increased to the therapeutic dose of 12 capsules daily.  Very soon, she became even more tired than before, so we reduced her dementia, tremor and depression meds by ¼.  The side effect promptly subsided, and Pat began to improve.

At that point, we traveled from our Florida home to Pennsylvania, for what turned out to be the passing of three loved ones.  Several friends and family members approached me there, asking what had happened to Pat.  Already she was so different than she had been in the summer when they saw her.  She actively engaged in conversations and was willing to go places and do things.

After only 2 weeks on a full dose of DEN, the changes were undeniable.  Since then, we have steadily reduced those 3 medications and now she is completely off them.  She is experiencing a remarkable turnaround, and it seems every day brings something new.  She no longer objects to taking insulin or forgets what she’s doing while preparing the injection.

Her tremors are reduced by at least half now, and she spends a lot less time sleeping.  She has far more energy, and even moves about more easily.  Her mood has improved drastically and we are getting along much better.  She has become alert and clear minded, even solving riddles and making jokes again like her old self. 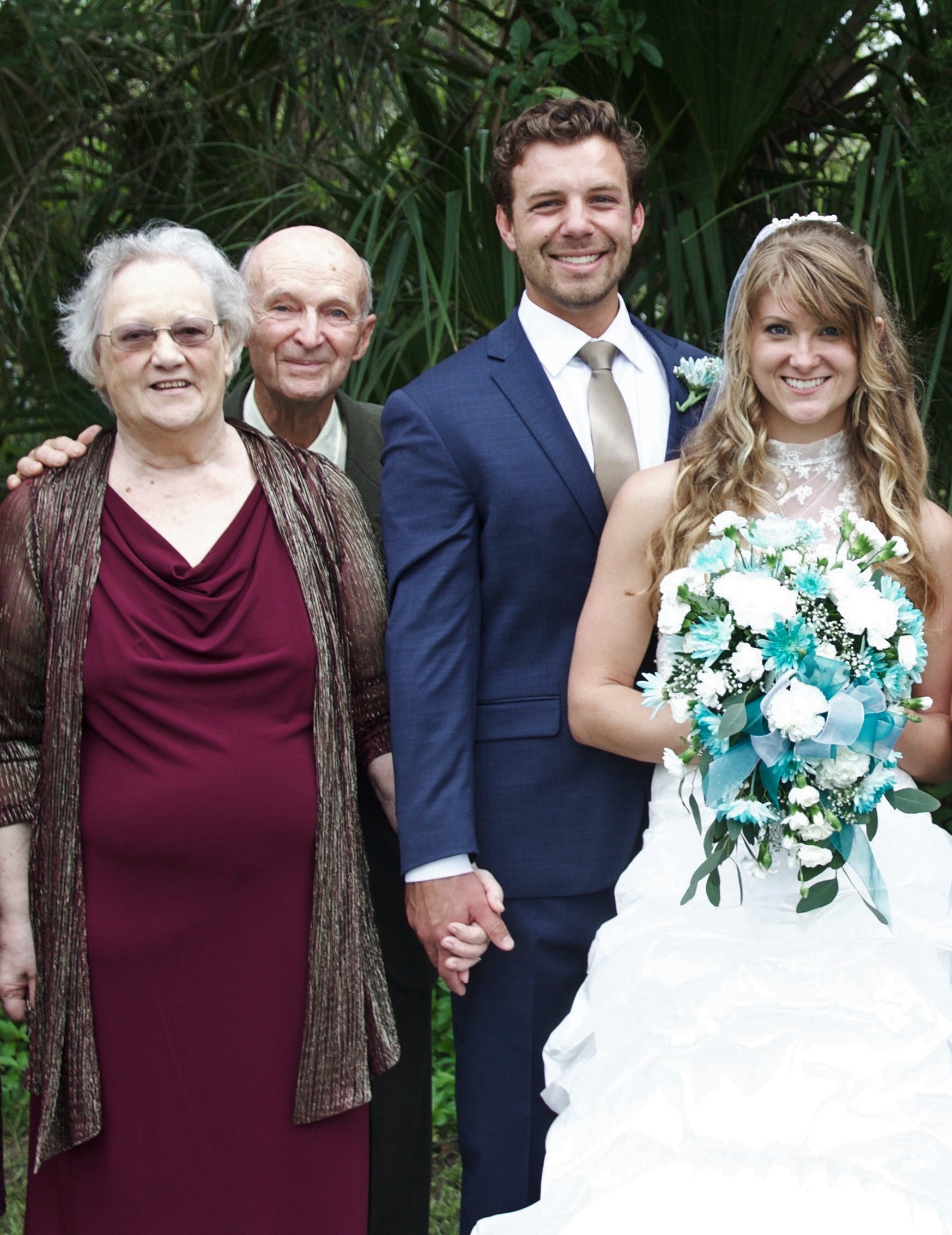 Even my out-of-state daughters can hear the energy in her voice on the phone, say she is amazingly “with it” now and they feel like they are “talking to mom again!”  DEN has reversed the effects of dementia far better than we dared hope.

Her short-term memory still sometimes fails her, but her long-term memories are returning.  She eagerly went Christmas shopping for the grandchildren she didn’t even recognize just two months earlier.  Even the fact that she’s willing to walk around in stores is incredible!

She voluntarily created two grocery lists in the past 2 weeks, cooked our traditional New Year’s dinner of pork and sour kraut, and even made homemade soup a few days later!  She’s showering regularly of her own initiative now, and has begun attending church and watching an occasional TV show with me again.

Now I see my role as caretaker going away as Pat is resuming her former ways of caring for me instead.  But for me I think the best part is the lively conversation and companionship we once again share.  My beloved wife is back."

About Hardy Nutritionals®
Hardy Nutritionals® multivitamin-mineral products are powered by our proprietary NutraTek™ mineral delivery technology, which combines each mineral with specialized organic molecules—just like nature—to optimize absorption and distribution to body cells. Our flagship supplement, Daily Essential Nutrients, is widely considered to be the most research-backed micronutrient treatment.
Our Full House: Foster Care & Micronutrients
Conclusive Proof: The Power of Micronutrients
Hardy Nutritionals is interested in what you think of our articles. We welcome your comments but request that they relate to the article you are commenting on. Comments that do not relate to the article will be marked as SPAM and rejected. Thank you. Hardy Nutritionals.
X