An Alternative Solution for Bipolar Disorder - In My Own Words 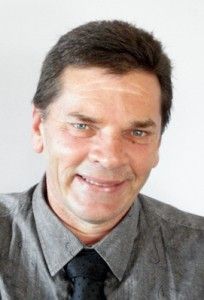 I have another explanation for my diagnosis called bipolar disorder. In 1994, I owned and operated a mobile car cleaning franchise. But I had to stop working so hard before I dropped dead. Stopping suddenly though brought on bad symptoms I describe as being associated with malnutrition. My diet had been inadequate for a long time. I experienced hallucinations, deprivation of sleep with long periods of staying awake, and poor decision making with such things as money, health and relationships. I was thin and very weak even though I believe someone can be overweight and be malnourished without the right foods. I was badly sunburnt. I was wrestling inside my mind about things that were outside of my control such as the weather. I was only focused on one thing                                                                      and that was work.

I had no social life or no real family life. I was isolated and had no partner to love. I was carrying the guilt of a previous failed enterprise that dad had been guarantor for with a loan. Now I was working hard to make up for lost earnings from the previous failed enterprise. I was confused as to why it failed before it had a chance to succeed. At one point, I was accused of being lazy when I was exhausted and resting from trying so hard. All my work and life's purpose was guilt driven, always ending badly.

I was never convinced that I had bipolar disorder. I was never convinced that I had a permanent mental health disorder that was incurable and I would be lifelong dependent on drugs. But I was so weak and physically drained that I had a hard time convincing family and friends I was not bipolar disorder. Sure, I displayed symptoms similar to bipolar disorder but I knew it was never going to be permanent. I have made a great friend called Jerry who I met while looking for an alternative solution to prescription drugs. She is Canadian and regularly calls me, initially as a support person working for Hardy Nutritionals®. They are leaders in research and managing multiple mental illnesses with a one of kind special blend of vitamin and minerals. Jerry provided a sympathetic ear to my situation and is always there when I have been most in need of a friend. Jerry's support has been therapeutic and most important to my recovery.

"I have made a great friend called Jerry who I met while looking for an alternative solution to prescription drugs."

I was ridiculed and criticized for trying an alternative way for healing. "Charlatans" was the description I was reminded of for alternative medicine. I've learnt that the health care system and people who subscribe blindly and faithfully to it don't encourage individuals to seek help from outside when for me, the health care system couldn't provide the proper care and instruction. I'm certain my assessment is one that I share with many other people. If there is a good reason why mental illness in society is growing at an uncontrollable rapid rate, it's because of ineffective health care provided by the system. The wastage is phenomenal in resources and money spent. No one working for the health care system has the self-awareness to realise how badly they are abusing the health care of everyday people.

It has taken me 20 years from the time of my diagnosis of bipolar disorder to feel real joy and happiness consistently in my life again. And I am productive once again. I have stared down the barrel of threats and overcome insurmountable fears. It's my purpose during this lifetime to embrace peace and to find harmony within myself and my surroundings. But to do so requires dogged determination to release my fears, confront any situation that might prevent future happiness and most of all, believe in myself. I am enjoying a happier life and deeper appreciation of love in all things that make up my world.