Why does Daily Essential Nutrients contain the mineral lithium? 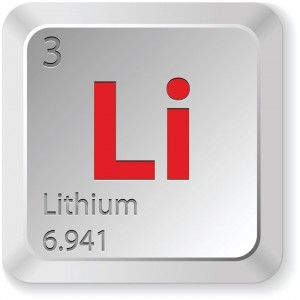 The mineral lithium has been used by doctors to stabilize mood for many decades. It is important to put into perspective the levels of lithium in our Daily Essential Nutrients formulation compared to the lithium we get every day in our food and water, and the "drug" levels of lithium that doctors routinely prescribe for mood disorders.

We chose to include trace amounts of organic lithium in our vitamin-mineral formulations after carefully analysing scientific evidence and considering feedback from physicians who have used our products in their practices for many years. For example, Dr. Charles Popper from Harvard Medical School found that his patients who took a trace amount of the mineral lithium experienced a small but noticeable improvement in their mood.

Small amounts of the mineral lithium in our food and water
The mineral lithium is naturally occurring in ocean water, brines, clays, and ground water, so we get small amounts each day in our diets. The U.S. Environmental Protection Agency (EPA) has estimated the daily lithium intake of a 70 kg (154 lbs) adult to be between approximately 1 and 3 milligrams.[1] Between 66% - 90% of dietary lithium sources are from grains and vegetables; the remainder is from water and animal-derived foods.

Evidence for lithium as an essential nutrient
The available evidence strongly suggests that lithium is an essential mineral for our health and emotional well-being. Insufficient amounts of the mineral lithium can create adverse health effects. For example, researchers compared mental hospital admission rates and homicide rates with the lithium concentrations in tap water samples and in urine samples obtained from 24 US counties. They found that low lithium intakes from water supplies were associated with aggressive behavior which increases the rates of suicides, homicides, and arrest rates for drug use and other crimes.[2],[3] Low-level dietary lithium intakes were associated with hospital admissions for psychosis, neurosis, and personality disorders. Similar reports have come from Maryland in the United States,[4] Austria,[5] and, Japan.[6]

The mineral lithium seems to play an especially vital role during early fetal development as demonstrated by the high lithium contents of the embryo during the early gestational period. Animal studies have demonstrated that lithium plays a role in the expansion of the stem cell pool.[7],[8],[9]

Lithium contributes to the action of several vitamins, hormones, enzymes, and growth factors. For example, lithium has been shown to enhance folate and vitamin B12 transport into cells.[10] Transport of these vitamins is reduced in lithium deficiency and can be restored by lithium supplementation. Improved transport of these key vitamins into brain cells by lithium helps explain the mood-elevating, anti-depressive, and anti-aggressive actions of lithium at nutritional dosage levels (trace amounts).

For these and other important reasons, scientists now suggest a provisional Recommended Dietary Allowance (RDA) for a 70 kg (154 lbs) adult of 1 mg / day.[11],[12] Because the RDA is only the minimum requirement to meet the needs of healthy individuals, 1 mg / day would not be sufficient for many individuals, especially those with mood-related issues or with certain disease states (like dialysis patients). In addition, lithium needs may actually be higher for children, adolescents, lactating mothers, and people with high levels of physical exertion.

Trace amounts of lithium boost "happy scores"
In a randomized double-blind placebo controlled trial, subjects were given a trace amount of lithium (0.4 milligrams) per day or placebo for five weeks. All the subjects of the study were former drug users (mostly heroin and crystal methamphetamine). Some of the subjects were violent offenders or had a history of domestic violence. The subjects completed weekly mood test questionnaires which covered mood, emotionality, mental and physical activity, and ability to think and work. The questionnaire items were further scored into subcategories reflecting happiness, friendliness, and energy, as well as their negative counterparts.

In the group taking lithium, the "happiness scores" improved consistently for all subcategories until week 4 and remained essentially the same throughout week 5. In the placebo group, the "happiness scores" declined during the entire period of observation. Based on these results and the analysis of voluntary written comments of study participants, researchers concluded that lithium (taken in trace amounts) has a mood-stabilizing and enhancing effect.[13]

Lithium level in Daily Essential Nutrients compared with levels commonly prescribed by doctors
Because there is good evidence that a trace amount of the mineral lithium is needed for optimal functioning, we've included 1 milligram of lithium orotate in the therapeutic dose of 12 capsules of Daily Essential Nutrients. This is less than most individuals get in their daily food and water intake, but enough to compensate for insufficiencies that many people experience. To put this safe level into perspective, doctors routinely prescribe "drug" levels of lithium that are a few hundred times this amount (between 100 to sometimes 900 milligrams per day)--near-toxic levels for many people.

For more information on the mineral Lithium, check out the New York Times article: Should We All Take a Bit of Lithium?

Doctor Johathan Wright from the Tahoma Clinic has a great article on Lithium: "Lithium - The Misunderstood Mineral"