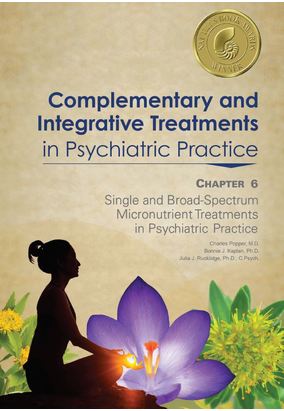 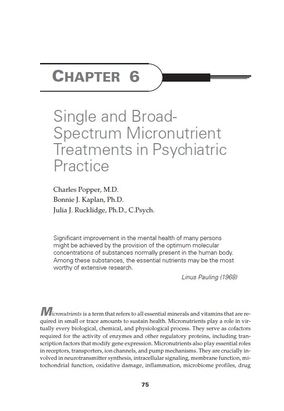 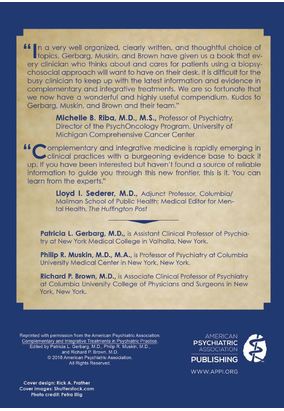 Now backed by over 30 independent medical journal publications for the treatment of mood and mental health disorders, broad-spectrum micronutrients are becoming an increasingly viable alternative to psychotropic medications in the medical community.

Published by the American Psychiatric Association and designed as a modern handbook for psychiatrists, Complementary and Integrative Treatments in Psychiatric Practice focuses on evidence-based treatments and includes a chapter on using micronutrients to treat mood and mental health.

What's more, the book was awarded the Gold Nautilus Book Award for 2017 in the category of Psychology.  For over 20 years, the Nautilus book award program has continued to gain prestige with authors and publishers around the world as it "seeks, honors, celebrates and promotes print books that inspire and connect our lives as individuals, communities, and global citizens".

The authors first examine the evidence with respect to “single nutrients”, or single element therapy,  such as using magnesium or Vitamin B12 for the treatment of mood dysregulation and mental health.

While using individual (or several individual) elements to try and achieve a desired health effect is a popular idea, prevailing research shows that simply providing individual nutrients to the body (one at a time) can create other imbalances.