Nearly one in five adults in the United States lives with a psychiatric condition such as ADHD or bipolar disorder. Current research suggests that medication is not an effective long-term treatment for 20-50% of those individuals. This leaves researchers asking, “What other treatment options are there?” 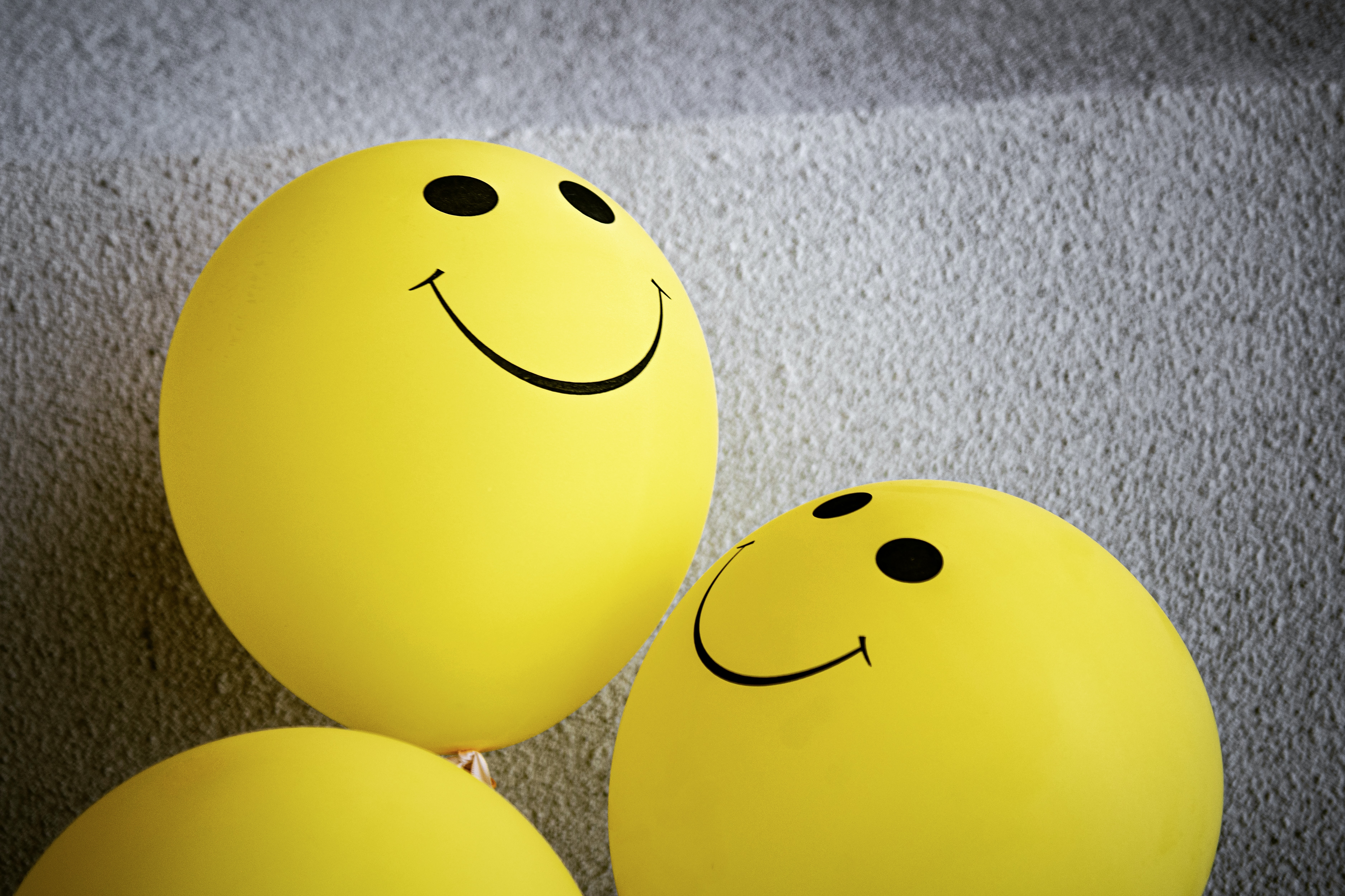 According to over 40 independent studies, the answer is a specialized blend of broad-spectrum vitamins and minerals. Over the past two decades, more than 30 clinical trials have been carried out researching the effects of broad-spectrum micronutrients—that is, clinical strength multinutrients—on psychiatric conditions. The results have been so positive that thousands of health professionals are beginning to turn to the multinutrients as the first line of defense before psychiatric drugs for patients. =

Harvard Psychopharmacologist Dr. Charles Popper stated that the research on Hardy micronutrients “...laid enough groundwork that we can know now that [these] ideas will ultimately prevail and profoundly alter the direction of medicine and the quality of human life.”

To understand the importance of micronutrients and their role in mental health, we will want to put them into context. Food is often split into two categories: macronutrients and micronutrients. Macronutrients are proteins, fats, and carbohydrates—what we usually see illustrated in the food pyramid. Some researchers have been more focused on micronutrients, which are a subset of nutrients that includes minerals and vitamins. These micronutrients are required in small amounts and are essential for producing enzymes, hormones, and neurotransmitters.

To understand why researchers have focused on micronutrients for psychiatric conditions, we need to examine how micronutrients affect brain function. The brain pathways that produce hormones, enzymes, and neurotransmitters require a myriad of different micronutrients such as iron, zinc, magnesium, and dozens of others. If micronutrient intake is deficient, the brain’s ability to produce essential chemicals such as adrenaline, dopamine, and serotonin may become compromised. There is no single nutrient that is needed for the success in brain pathways, which is why the research has shifted to focus on broad-spectrum micronutrients which allow all the nutrients to work together in the brain and body.

One of the first of these studies to be conducted was an open-label trial by Dr. Bonnie Kaplan and her colleagues, looking at the effects of specialized broad-spectrum micronutrients in children diagnosed with a psychiatric condition. These disorders included ADHD, bipolar disorder, generalized anxiety, and oppositional defiant disorder. Over a period of six months, those using the micronutrients demonstrated a 50% reduction in symptoms like withdrawn behavior, social problems, and aggressive behavior. The results showed that these changes were maintained over a long period of time and even resulted in several of the subjects reducing or discontinuing their medication. 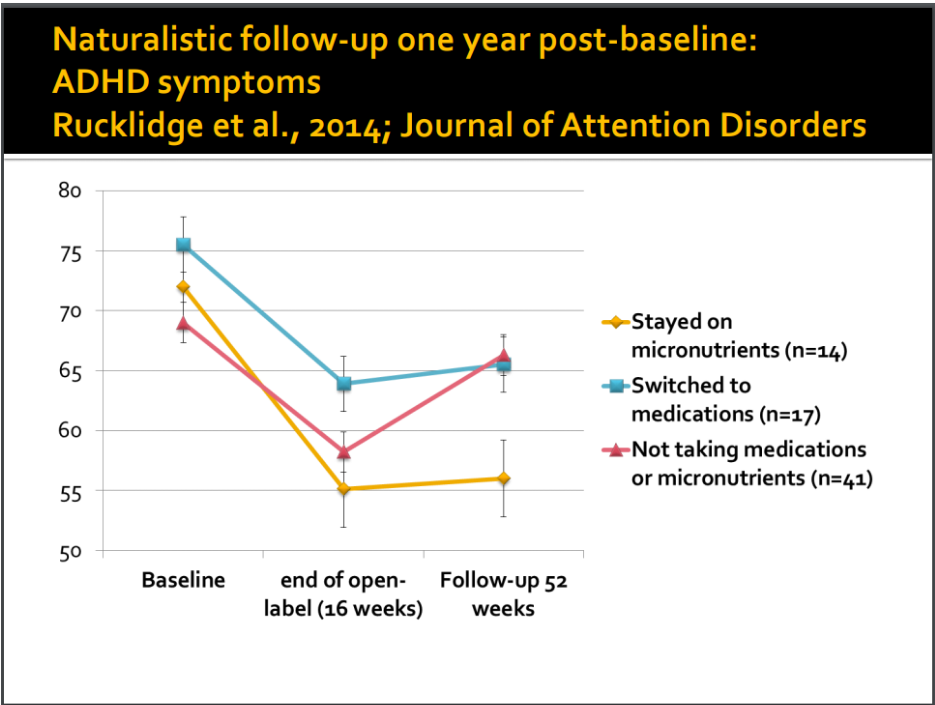 In 2002, Bernard Gesch conducted a randomized control trial with young adults who were incarcerated. He found a 35% reduction of violent and disciplinary incidents in the young adult prisoners. This study was replicated in 2010, and the findings were consistent with Gesch’s study.

Dr. Julia Rucklidge of the University of Christchurch, New Zealand, has conducted many studies on the positive effects of particular formulations of clinical-strength broad-spectrum micronutrients in various psychiatric conditions. One of the studies centered around the effects of micronutrients on stress, mood, and PTSD symptoms during a time of natural disasters. Dr. Rucklidge found that people who took the specialized broad-spectrum micronutrients showed improvements in stress, mood, and PTSD symptoms. In the group that took the micronutrients, 65% of the subjects met the criteria for PTSD. After one month, only 19% of the subjects met the criteria for PTSD, whereas the control group’s numbers did not change.

Another study conducted by Dr. Rucklidge researched how the broad-spectrum micronutrients affect ADHD symptoms and other comorbidities such as anxiety, mood, and impulsivity. The data shows that hyperactivity and impulsivity decreased by one standard deviation. These results were reflected both when self-reported and when reported by a spouse and or a clinician. Other positive findings from this study include improved depression symptoms as well as sustained benefits over a year.

For many, this research speaks to a hopeful future. Researchers, doctors, and clinicians alike are optimistic about broad-spectrum micronutrients as a first-line treatment for adults and children who struggle with mood and mental health.

The information in this article is a summary of a webinar hosted by the University of Canterbury. Listen to the webinar in its entirety here: https://fccdl.in/4t5UyfN2Dy

Shaken but unstirred? Effects of micronutrients on stress and trauma after an earthquake: RCT evidence comparing formulas and doses

About Hardy Nutritionals®
Hardy Nutritionals® multivitamin-mineral products are powered by our proprietary NutraTek™ mineral delivery technology, which combines each mineral with specialized organic molecules—just like nature—to optimize absorption and distribution to body cells. Our flagship supplement, Daily Essential Nutrients, is widely considered to be the most research-backed micronutrient treatment.
Specialized MultiNutrient as Effective Treatment for ADHD
Save BIG on ALL Hardy Products This Summer
Hardy Nutritionals is interested in what you think of our articles. We welcome your comments but request that they relate to the article you are commenting on. Comments that do not relate to the article will be marked as SPAM and rejected. Thank you. Hardy Nutritionals.
X