Our Food is Lacking Nutrients

Are the foods we turn to for nutrition starting to lose their edge?

Scientists across the globe are warning us of soil depletion and how tilling, chemicals, and overprocessing are harming our food sources. These modern farming practices don’t allow the soil to regenerate properly, leaving out important nutrients that used to make it to our plates. 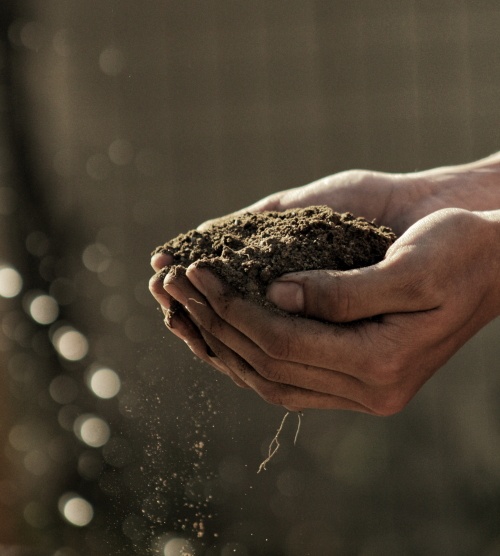 “Ever since humans developed agriculture, we’ve been transforming the planet and throwing the soil’s nutrient cycle out of balance. Because the changes happen slowly, often taking two to three generations to be noticed, people are not cognizant of the geological transformation taking place,” explained Ronald Admundson, author of the 2015 study Soil and Human Security in the 21st Century.

What does this mean for our future? Simply, the veggies that used to provide us with essential micronutrients are becoming less beneficial every year.

In fact, research by nutritionist David Thomas reveals that the food we are eating is simply not as good for us as it was 50 years ago.

Dr. Thomas investigated the fall of nutrients in 64 foods by comparing data from Government-backed scientific studies between 1940 and 1991.

The rate of depletion appeared to be greatest between 1978 and 1991. In those 13 years alone, vegetables lost 57 percent of their zinc - an important element for the immune system and for male fertility.

Dr. Thomas said: "We found that since 1940, the minerals and other nutrients that help to make fruit and vegetables good for you have been in startling decline."

Scientists and organizations have been looking into the change of soil health and the food it produces since the 1900s. To educate the masses on a greater scale, the Soil Health Institute put together a very insightful documentary called “Living Soil,” in which experts explain the soil crisis and how it’s affecting the climate.

They suggest that the main issue could be a lack of understanding about soil health in general.

While we usually tend to think of soil as dirt (and maybe treat it as such) there’s actually an important difference. Soil is made up of important micronutrients that have been decomposing ever since the beginning of the earth and is full of worms, fungi, bacteria, and other organic matter. Most importantly, it’s alive.

Dirt, on the other hand, is not. You can’t use it to plant produce and you will not be retrieving any nutrients from it.

“If you think about a really healthy soil, there’s about 10,000 pounds of biological material below that soil’s surface: everything from bacteria to fungi to earthworms, everything else in between. And you total them all up, that 10,000 pounds is about the same as two African elephants. If you imagine two elephants, it takes a lot to feed them. So you have that much biological activity below the surface. It’s going to take a lot to feed the earth as well,” explains Jerry Hatfield, the Director of the National Lab for Agriculture and the Environment.

“What we eat, other than what comes out of the ocean is all derived from soil. Soil security is equal to food security.”

“Soil health is incredibly important in order to sustain our ability to feed not only ourselves but to feed the world,” the documentary states.

Unfortunately, healthy soil has become harder and harder to find throughout the world.

In this study, researchers claimed soil depletion was considered to be the “biophysical root cause of declining per capita food production” in Africa.  An Australian study claimed apples had lost 80% of their vitamin C in less than 50 years. The Recharge Clinic even reports that America is estimated to have lost 85% of its soil nutrients over the past century.

Farmers of all types (organic, conventional, etc) are working hard to ensure their soil is alive and providing crops full of nutrients, but their efforts may not be enough.

“Obviously everything we eat comes from soil,” Rutherford shares.

“Everything. The soil feeds everything. Everything we get comes from soil,” he emphasizes.

The Impact on Our Health

The organic food we eat that comes from living soil has a different effect on our bodies than the food which comes from the dead ground. It provides our bodies with higher levels of good micronutrients proven to ward off diseases such as depression and cancer, making our bodies healthier.

Scientists agree: we have to be more proactive about how we take care of our soil, and how that ultimately affects our health.

Very few people meet 100% of the Recommended Dietary Allowance requirements for every essential nutrient and remember that the RDA is only the minimum amount that’s required to avoid deficiency disorders. It’s certainly not the amount that would optimize health.

One key reason Americans are deficient in nutrients is that we’re not eating enough nutrient-rich foods. 80% of Americans don’t take in the recommended amount of fruits. 89% don’t eat the recommended amount of vegetables. We don’t get enough milk to meet our calcium requirements, and nearly the entire population fails to meet the recommendations for whole grains. Add to that the fact that our fruits and vegetables are lacking in nutrients, and you can see why many people are nutrient deficient.

World-renowned human nutrition researcher Dr. Bruce Ames puts it this way: “We are starving! Even though we are all getting fat, we are starving for vitamins and minerals.”

The ‘empty calories’ in our diets have led to a shocking rise in obesity in the U.S. population. In many states, in 1989, less than 10% of people were considered to be obese, whereas in 2009, just 20 years later, many states reported obesity in more than 30% of people.

So What Can We Do?

Making healthy food choices is always going to be essential. But even the healthiest diets are lacking the minerals and vitamins the brain and body need to function optimally. One way that we can start supporting our bodies is by supplementing with vital micronutrients that we used to receive naturally from produce.

About Hardy Nutritionals®
Hardy Nutritionals® multivitamin-mineral products are powered by our proprietary NutraTek™ mineral delivery technology, which combines each mineral with specialized organic molecules—just like nature—to optimize absorption and distribution to body cells. Our flagship supplement, Daily Essential Nutrients, is widely considered to be the most research-backed micronutrient treatment.
Skeptical About Micronutrients for Mood & Focus?
Using Women's Optimal Balance for Stress, Mood
Hardy Nutritionals is interested in what you think of our articles. We welcome your comments but request that they relate to the article you are commenting on. Comments that do not relate to the article will be marked as SPAM and rejected. Thank you. Hardy Nutritionals.
X